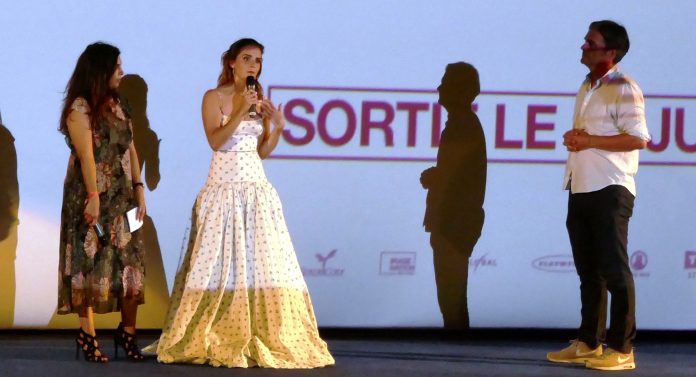 To make fashion more viable and ecological, Emma Watson plans to work with Kering, the owner of Gucci. After gaining fame in the Harry Potter, Emma also worked off-screen and soon became a good public figure. In 2014, she was appointed as ambassador of UN Women Goodwill. Along with her, many other rising stars worked to urge men to raise voices for gender equality. She made her famous speech at UN headquarters, “HeForShe.”  In the TIME’S UP moment in 2018, she played a leading role against sexual harassment in Hollywood. After playing so many roles, she added a new one to her list by joining the board of directors at Gucci owner Kering.

She will be a chairperson of the board’s sustainability committee. She is interested in eco-friendly fashion. In an interview, Watson said, “For me, sustainability is about the effects of today’s actions on our shared future, as the youngest member of Kering’s board, I hope to influence decisions that will impact future generations and the world that we leave them.” In 2016 Met Gala, wearing Calvin Klein dress recycled from the plastic bottles, showing her interest in sustainable fashion on the red carpet. During the beast and beauty press tour, she only preferred eco-friendly dressing in 2017.

She is also a tremendous supporter of the Good On You app. This app rate ethical brands and guest-edited Vogue Australia’s sustainability issue in 2018. The company’s plan and vision is to produce carbon-free fashion products across the world. Keeping in view, they made a treaty named “G7 Fashion Pact,” on which 65 brands gave their signature. Their combined mission is to keep the climate safe, improve biodiversity, and protect our oceans. Kering’s company is already known for its sustainability efforts in the fashion industry. That is why the joining of Watson makes sense.

A news reporter asks Watson that why she is taking up the new role at Kering? She replied,” As the COVID-19 crisis has shown, sustainability is an urgent issue which firmly brings into line the questions of justice and equality for women, black, aboriginal and people of color, and the environment. The work Kering is doing feels more energetic than ever, and I am incredibly thankful to be able to join these efforts, putting my support behind a group who are confirming they take this charge sincerely. I look forth to helping Kering further expedite the pace of its work. ”

He further asked why sustainability is so important to you. She said, “I’ve been fascinated by sustainability in fashion ever since I had to properly engage with it during my time of journeys and promotional tours for Harry Potter. That began as early as 12. At school, I took a specific concern in Fair Trade fashion and renewable energy origins under the supervision of an uplifting geography teacher. It eventually led to a trip to Bangladesh in 2010 with sustainable brand People Tree. It became clear to me then that fashion sustainability is a critical issue given how the industry can have damaging impacts on the environment, on workers’ rights, and animal welfare. It is also a feminist issue. It’s estimated that around 80 percent of the world’s garment workers are women between 18 and 35.”

What is Angelina Julie’s Choice for Mask?

Asian Garment Workers Are In Great Disaster after Being Rejected By...

How YOOX will help you find your Fashion partner

We Bring the most exciting news and stories.
Contact us: contact@onairstory.com

Asian Garment Workers Are In Great Disaster after Being Rejected By...

Kim Kardashian Struggles for Restoring Her Relationship with Kanye West: The...